Before organizing its own fire department in 1905, Roselle was served by the Village of Bloomingdale for fire protection. Per an agreement with Bloomingdale, the horse-drawn pumper used to put out fires was only stationed in Roselle for half the year. This made putting out fires in Roselle very difficult for at least six months out of the year.

The following sections about the history of the Roselle Fire Department are excerpted from Etched in Time: A History of the Village of Roselle, Illinois, published by the Roselle Historical Foundation.

To preserve life and property, villagers in the Roselle section met in the fall of 1905 and unanimously voted to organize a Fire Department. This would separate our fire department from that of the Bloomingdale village corporation. Twenty-one volunteers signed up to be Roselle's first firefighters.

William Sauerman was elected the first Fire Chief and later became the longest serving charter member, with twenty-six years of service. The first constitution and by-laws for the fire department were accepted by the Roselle fireman in spring of 1906.

The fire department's first equipment consisted of only one "hand pumper" bought second-hand from the Palatine Fire Department. For close-by fires the firemen pulled the pumper by hand, but for traveling any distance, horses were hitched to a wagon.

In December 1936, a special meeting was called to discuss fire protection for the rural area surrounding Roselle. It was decided to charge reasonable fees - $10 for small homes and $20 for farms - in the district. By March 1937, enough volunteers had joined the Rural Fire Truck League to make rural fire protection possible. On April 30, 1955, the Rural Fire Protection District was formed on the base of the old Rural Fire Truck League.

On March 17, 1956, villagers approved the issuing of bonds to cover the cost of a new $15,000 fire engine and the construction of a firehouse to be built adjacent to the Village Water Works. Firehouse #1 stood at the corner of Roselle Road and Irving Park Road. It was completed in the spring of 1957.

The first Rescue Truck was purchased by the fire department in 1956. The Rescue Squad operations, including a "Rescue Truck" and a "Rescue Squad" for transporting patients formed in 1969. By the late 1960s, the Volunteer Fire Department had thirty firemen with seven pieces of equipment, some of which was shared by the Roselle Fire Protection District #1 for rural areas.

Then due to the growth of the Village of Roselle, the new, larger Fire Department Headquarters was built on the corner of Prospect St. and Maple Ave. in the Roselle Civic Center Plaza. On April 22, 1990, this building was dedicated. Everything was moved from the Walnut Street facility into the new firehouse. The "Peter Pirsch" engine and the hand-pumper are both on display in the new Fire Station Complex at the Civic Center Plaza. The old firehouse was converted into offices for the Roselle Public Works Water Division.

In August 1991, the first full-time firefighters were hired. Prior to this, firefighters were paid per call. By 1992 the Department Headquarters housed twelve vehicles including engines, ambulances, a light truck, ladder truck, brush truck (for grass fires), and a tanker. The tanker truck, purchased around 1990, carried 1,500 gallons of water. It allowed the department to fight fires where fire hydrants were not available.

In 1992, there was a full-time Fire Chief, four full-time Firefighter EMTs (Emergency Medical Technicians), six Firefighter Paramedics (the department contracts for their services) and thirty-eight" paid on call" firefighters.

Today, the RFD operates from one fire station centrally located in the Roselle Municipal Complex at the corner of Prospect St. and Maple Ave. 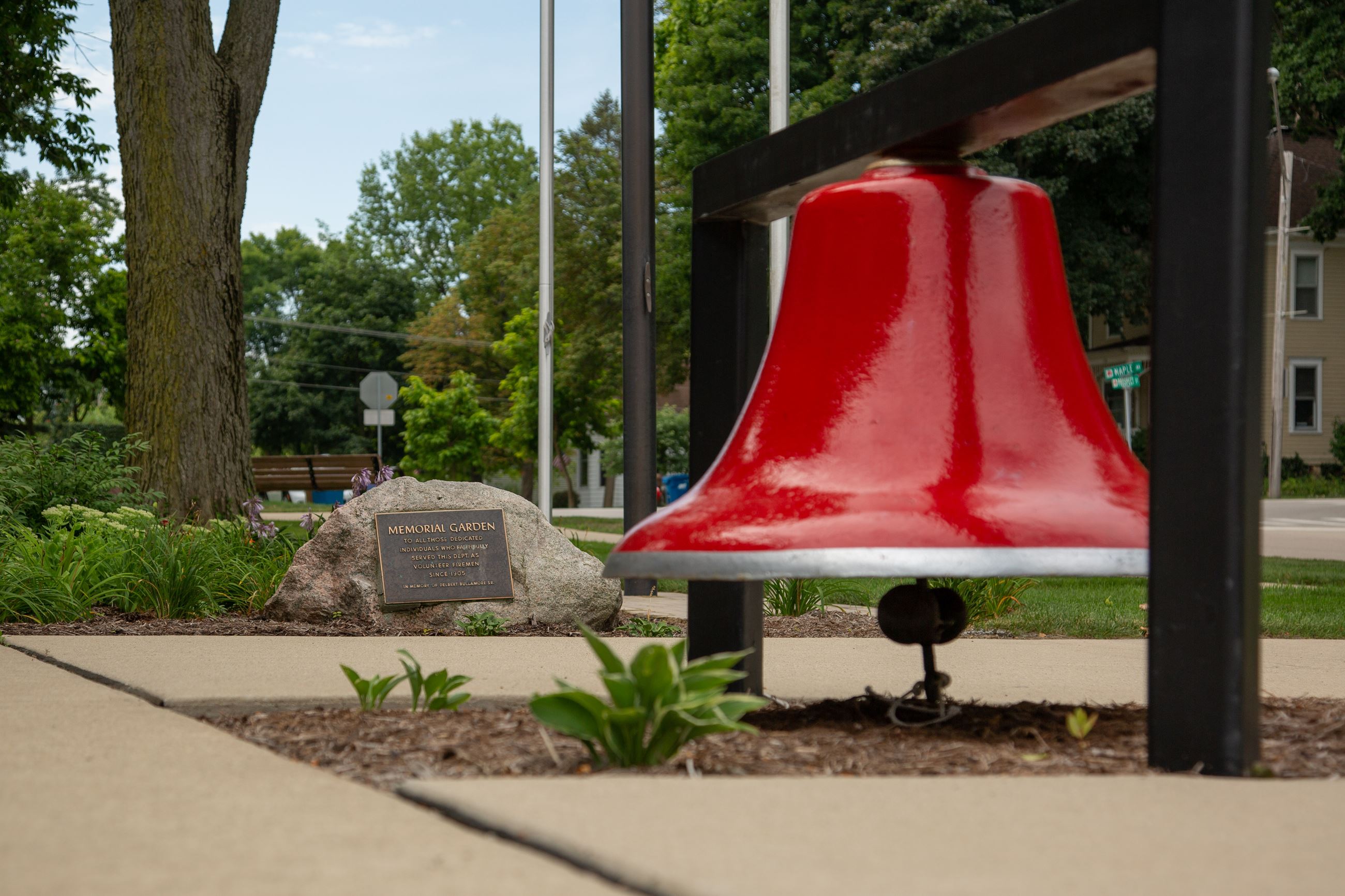