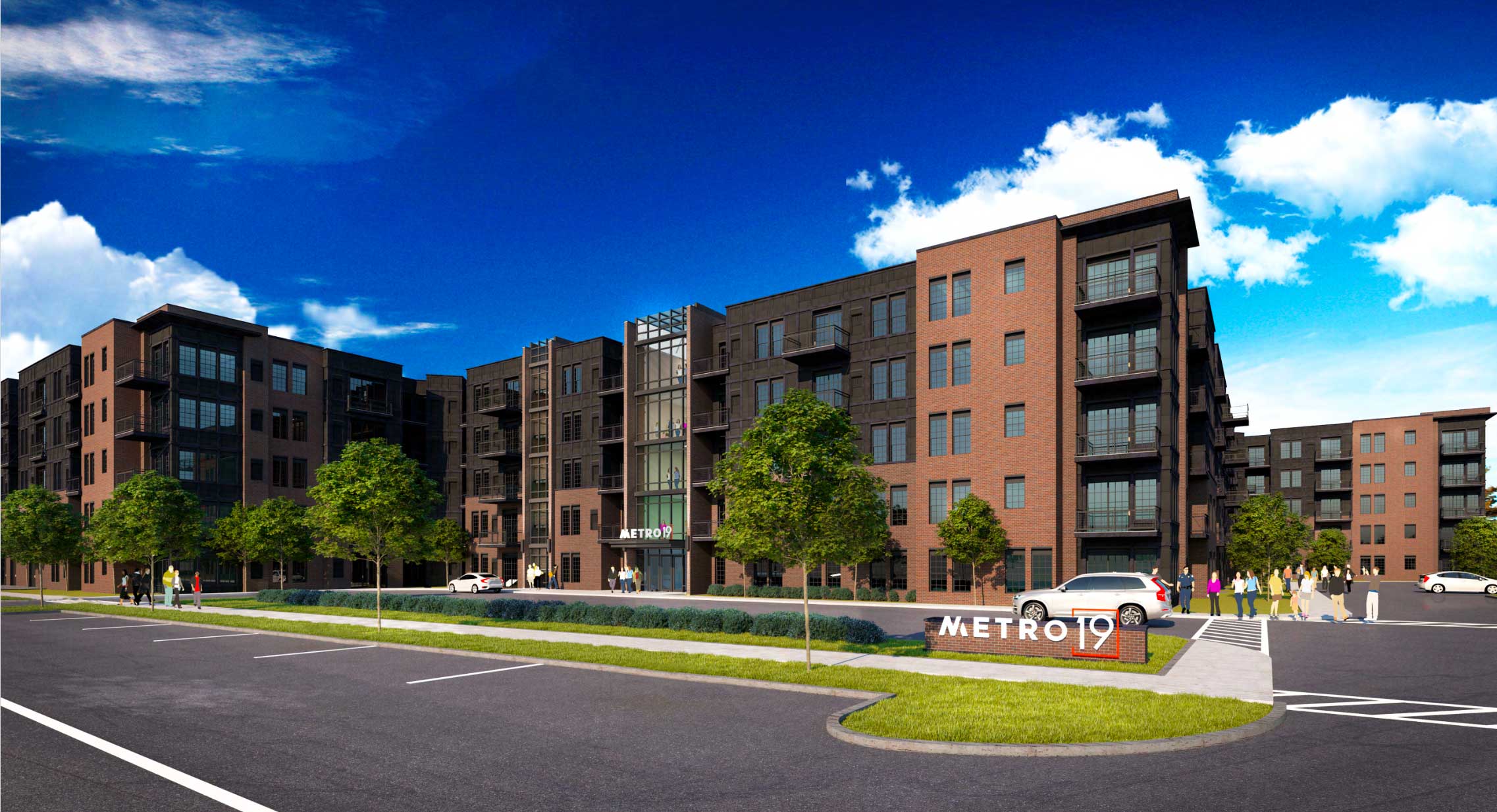 Construction is currently underway for the $80 million transit-oriented Metro 19 luxury apartment complex development, located just northwest of the Roselle Metra station off of Lawrence Avenue. It is anticipated that leasing for the units will begin in late-2023. This type of development was specifically recommended in the Village’s Comprehensive Plan, adopted in 2016.

Work on the public and private partner redevelopment agreement for the project began shortly after the Village Board approved it in early 2021. Details such as financing, land exchange agreements, and right-of-way approval from outside agencies such as Metra and the Illinois Department of Transportation were finalized and submitted for Village Board approval. The process, which took over a year-and-a-half, also involved receiving recommendations for approval by the East Irving Park TIF Advisory Commission and the Planning and Zoning Commission before ultimate approval from the Village Board.

400 Roselle LLC submitted an application for several zoning requests associated with constructing the 5-story, 297 unit luxury apartment building, and an attached 5-story parking garage structure. The project area includes part of the Metra parking lot, the former Ray Graham site, and some of the under utilized land near the BMO Harris Bank location on the corner. The 5-story parking garage will include 540 spaces, including 153 spaces dedicated permanently to Metra riders. 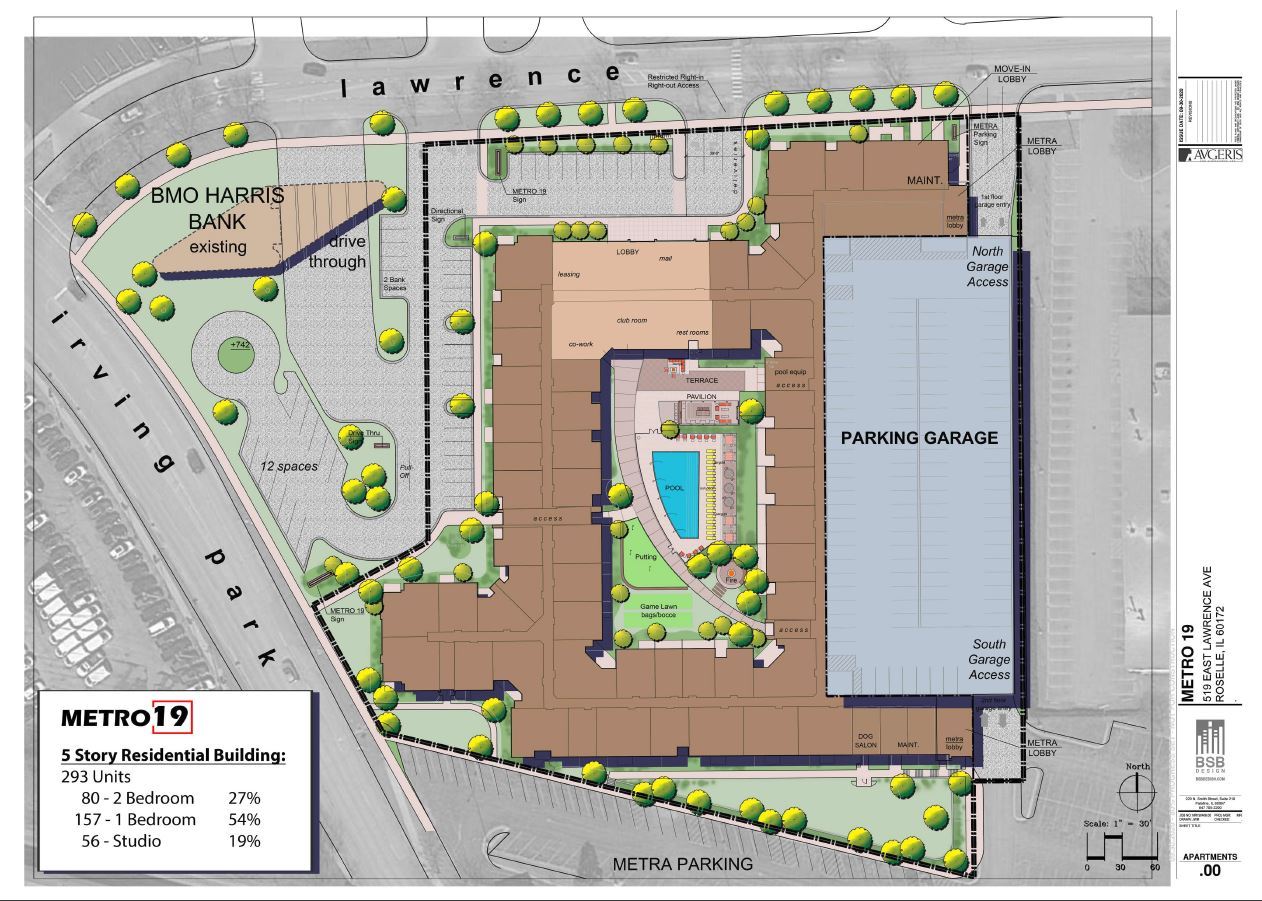 This project is considered a Transit Oriented Development (TOD) as it located close to public transportation, the Roselle Metra Station. This project also aligns with goals set forth in the Village’s 2016 Comprehensive Plan and the Village Board’s Strategic Plan which call for increased density near the Metra station and further development of the East Irving Park Road corridor. The ultimate goal is to create an elongated Town Center which would connect the Town Center near the Municipal Complex with the area near the Metra station.

Renderings of the buildings, a site plan, and shadow study are available to view here. To view additional plans or to ask questions, please call Village Planner Caron Bricks at (630) 671-2806 or email cbricks@roselle.il.us.